For over thirty-five years, Steven A. Stein has vigorously protected the rights of the wrongfully injured as well as those hurt on the job. Steven has the experience necessary to obtain full compensation for his clients. He has represented many injured people, and defendants and insurers are aware of his reputation for tenacity, persistence and persuasion. Steven has become recognized in the field of personal injury law, and was awarded the highest rating in legal ability & ethical standards by the Martindale-Hubbell Peer Review Services.

Steven A. Stein has secured numerous settlements in excess of $1 million dollars for seriously injured clients, including cases in the Chicago area and the northwest suburbs. Steven is a 1978 graduate of Northern Illinois University, where he graduated with the award for academic excellence in political science. He attended John Marshall Law School. He has been licensed by the Supreme Court of the State of Illinois as an attorney since 1981. He is a former Arbitrator for the American Arbitration Association. He is also a former member of the Illinois Trial Lawyers Association. He is a graduate of the Fred Lane Trial Technique course. He is a current member of the Illinois Workers’ Compensation Lawyers Association and the Illinois State Bar Association. 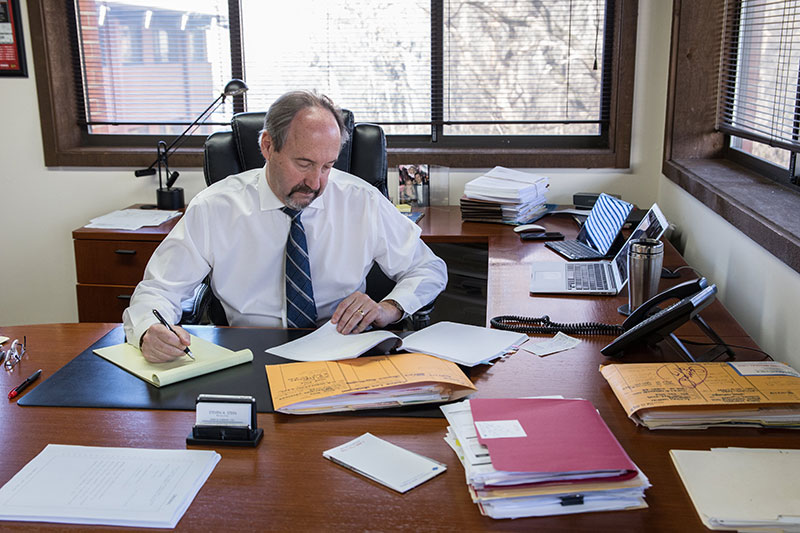 Put Experience On Your Side